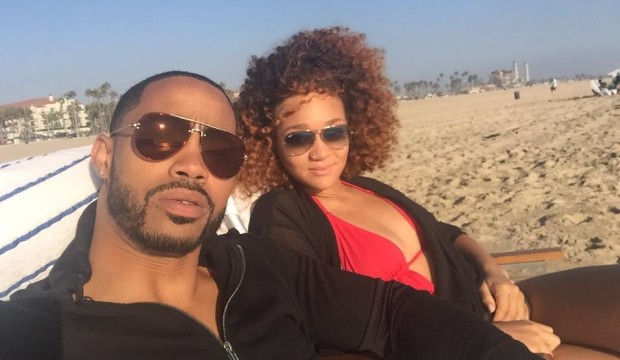 I remember the honeymoon phase of my relationship, now marriage. Everything really did seem like a fairy tale. Gum drops, bubble gum, and lollipops was all I saw when it came to him. It was like I had been picked up by a unicorn and whisked off to candy land. I remember laying in his arms about 2-3 months in and saying, “do you think we will ever fight?” He said, “I’m not sure, but I hope not”. Months later we still find ourselves in a great place, but we have had our share of fights. I think what has made our relationship so solid, despite the bickering, is what I like to call fighting fair or healthy fighting.

Some fighting is healthy in a relationship. Fighting allows for you to express your true feelings, find common ground with a person, create stronger bonds, and if your lucky have steamy makeup sessions. The key is to make sure that your fighting in a way that when the fight is done you haven’t lost sight of why you and your partner love each other so much. Here are some tips on making sure the battleground stays civil.

Keep The End Goal In Mind

This is actually something that my mom taught me as a kid. I don’t think I truly began to understand this until late in my college years. I recognize that we all have our falling outs with people, and reasons for getting upset, but when you value a friendship/relationship with another you have to remain true to that first. When my boyfriend pisses me off, before I start an argument with him I evaluate what I want the outcome to be. I know right away if I gut check my objective and leave the emotional nonsense at the door, I’m more likely to have a better result.

Understand the Root of Your Feelings

There have been so many times that I have gotten upset about something, and then mid way through the argument I realized what we were discussing wasn’t even truly my problem, it was simply a cover up for the real problem. Sometimes we have to recognize what the underlying issue to a surface level problem is before we begin the discussion.

Ladies I can’t preach this enough. I am guilty of it myself. We have got to calm down. No matter how good it feels to yell and scream when we are pissed off, it never gets you what you want in the end. I have found that taking a moment to cool down before I bring up an issue is helpful. When I approach my issues with a level head and calm, respectful tone I tend to get more headway. When voices start getting raised, and the energy between you and your significant other becomes hostile it’s time to cool off. Know when to take a break from the argument. Take your time to gather and recollect your thoughts, then try again when the coast is clear of aggressive behavior.

It’s okay to take your time and “talk about things later”, but it’s not okay for later to turn into never. When you want to talk about something at another time, pin down a time so that your partner isn’t playing the waiting game. The anticipation of waiting for the other person to get around to talking about their issues can drive one insane. It can even cause some unnecessary built up hostility and resentment.

Stick to the subject

There is always issues going on in a relationship, but it’s important when fighting to stick to the one at hand. It’s never productive to bring up every last problem in the relationship all at once. Stay focused, and work through one issue at a time.

There is nothing more frustrating than feeling like you aren’t being heard in an argument. Make sure that when you fight you are giving time to the other person to express themselves. A healthy fight can’t happen if its one sided.

Whenever I feel that things are getting TOO heated I try to show affection. I grab his hand, or touch his shoulder while I look him deeply in the eye. I want to remind him that though we are disagreeing right now, I love him, and he loves me.

Someone once mentioned to me that they had a significant other that no matter what was going on time, place, or context if they were ready to have an argument it was happening. Imagine waking up in the middle of the night to your partner insisting on having a “talk”. Make sure that the person you want to have a healthy fight with is mentally prepared. The timing doesn’t always have to be perfect, but it is often key to a successful outcome.

8 Habits of Love to Forget