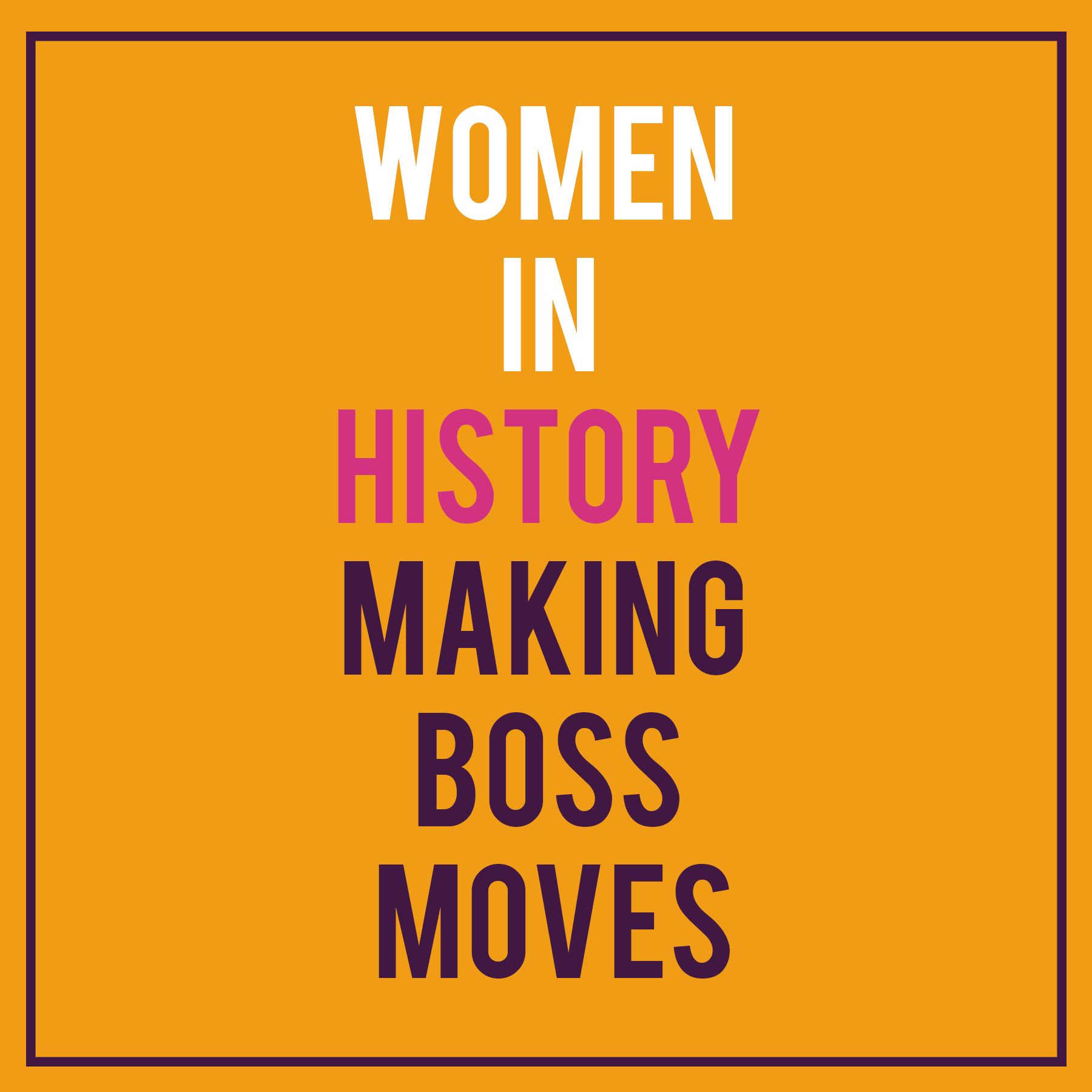 From Negro History Week to Black History Month, the national celebration of Black excellence has become greater and more wide-spread than ever before. Black pioneers like Carter G. Woodsen and Jesse E. Moreland paved the way, but Black women definitely have kept the tempo.

5 Women in Black History You Should Know:

Ms. Gardner-Proctor is in large part the reason Black men and women have their place in the world of advertising today. Raised in “dirt poor” circumstances, Gardner-Proctor built herself up and became the creator and owner of the largest Black-owned ad agency in the world by 1976. She’s even credited for The Beatles’ huge success from her days of working in radio advertising in London.

The film “Hidden Figures” opened many of our eyes to the unsung stories of Black women who played major roles in the launching of the first spaceship. The film showed us there were a few Black women who were the brains behind NASA and perhaps math’s greatest algorithms. While it’s about time women like Katherine Johnson, Dorothy Vaughn, and Mary Jackson had their stories told, there are still Black women who have historically worked and excelled in STEM (science, technology, engineering and mathematics) who should be recognized as well. Annie Easley is one of those women. Like the leading ladies of Hidden Figures, Easley, a former Xavier University student, used her math and engineering proficiency to earn a position at NASA (then NACA- National Advisory Committee for Aeronautics), working as a programmer and played a role in many crucial projects. Much like the few Black women around her, her accomplishments were overlooked and she was sometimes “erased” from the company’s public promotions all together. Despite the challenging times, Easley is quoted as having had, “more good times than bad”, and will go down in history as a STEM Girl Boss. (Samorodnitsky, 2018. Massive science)

In the years of the Civil Rights movement there were many faces and names that went down in history as the leaders of the movement. Very frequently however, there are people who do not get the recognition they deserve for their efforts and fight towards human rights and social justice. Ella Baker is a name that may not seem familiar, but she was one of the many individuals who fought beside the likes of Dr. Martin Luther King Jr. Her interest in activism started when she was just a child who heard her grandmother’s stories of slavery and who faced discrimination herself growing up in the South. These experiences led her to champion for the underserved communities of the “black, brown, and the poor”. In her adult years, she served on the staff of the NAACP before leaving and co-organizing a group that better aligned with her values; the Student Nonviolent Coordinating Committee. With Baker’s assistance, the SNCC became one of America’s greatest organizations for the promotion of human rights. (Britannica)

Dr. Alexa Irene Canady made history by becoming the FIRST woman and first Black neurosurgeon in the United States of America. Let that marinate for a moment. It’s no secret that Black men and women have been excelling in the medical field for years, but a feat like Dr. Canady’s more than deserves its praise. Raised just outside of Lansing, Michigan, Dr. Canady came very close to quitting school in the middle of her college career which would have changed history as we know it. Instead, she moved forward and blazed a trail for women of color. In today’s climate, it’s become increasingly important to have Black women represented in the medical field who can understand not only the basic foundation of science and medicine, but who can also directly relate to the women of color who are often misdiagnosed and refused proper medical care.

Ringing in as the youngest history-maker on this list, she’s just getting started but has accomplished a huge milestone already in her 14 years of life. Marsai Martin became the youngest executive producer in America when Will Packer Productions decided to turn her film idea, “Little” into a reality. Martin began her career at a young age starring in national commercials before being cast as Diane Johnson in the hit ABC sitcom, Black-ish. Since starring in Black-ish, she’s been seen in a number of other television programs and films and will star in her executive produced film “Little” releasing later this year. From Civil Rights movements and science and math, to the arts and international communications, women dominate in every field but aren’t always given the accolades they deserve. It’s imperative to keep women like the ones mentioned in our conversations not only to give praise, but to motivate the future phenomenal, history-making women who are quickly coming to the stage. Everyday is and will continue to be the time to celebrate Black History.

Makin’ Boss Moves: Ways to Make Friends that Inspire You.

HOW TO END SELF-PITY