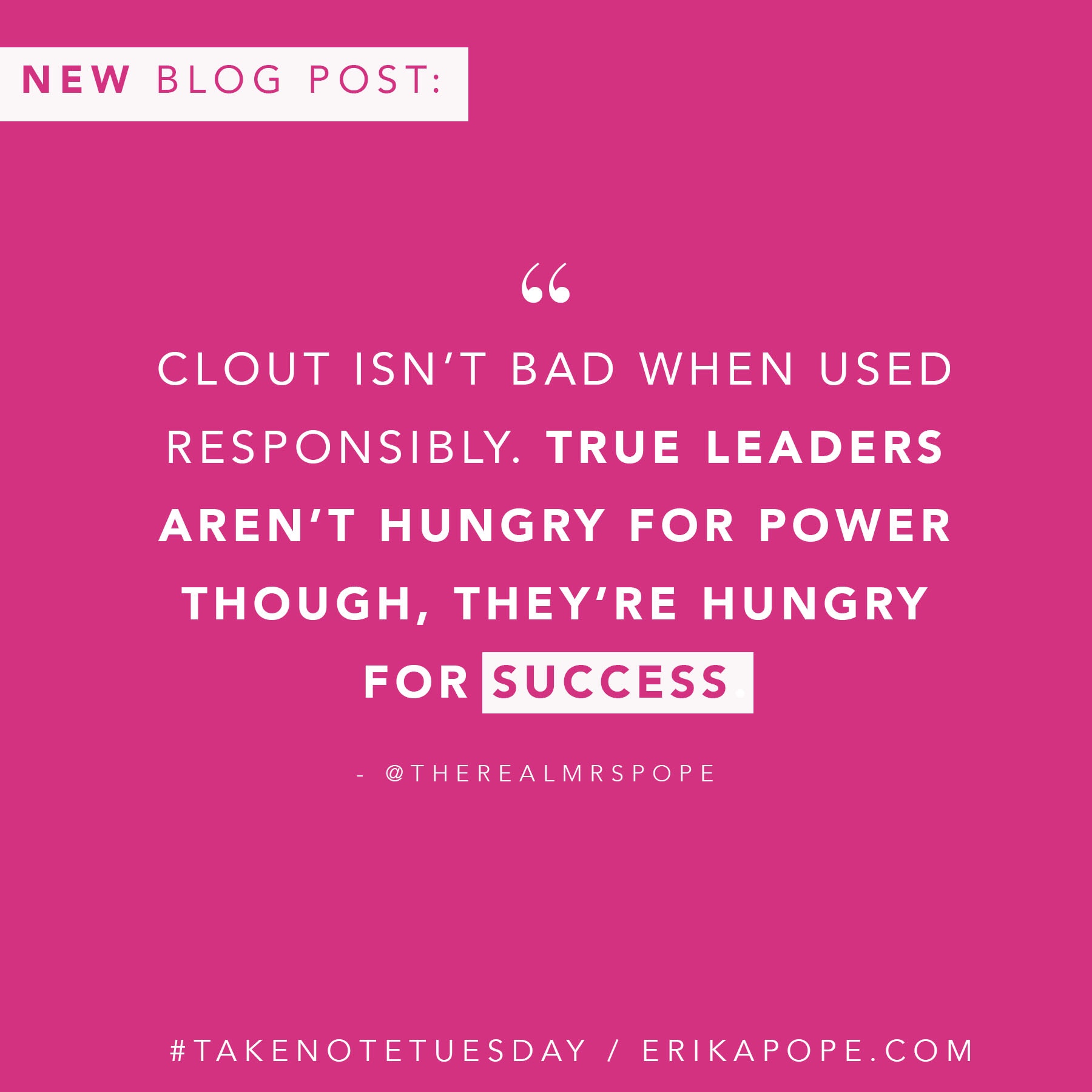 It’s amazing the lengths people will go to make it appear they have a little power. This generation in particular has it bad, with the world right at our fingertips and social media being overly saturated with people doing and saying anything to get a little buzz surrounding their names. Famous and “regular” people alike seek out clout for different reasons. Some use their viral antics for good and turn on their PR switch to launch businesses or push their careers forward. Others use this fame seemingly just to say they have it. Clout isn’t bad when used responsibly. True leaders aren’t hungry for power though, they’re hungry for success. Here are 4 ways to keep yourself from a power trip.

Let your actions speak for you

If you really have it going on, you usually don’t have to do too much to get noticed. Start letting your resume do the talking and the work to get you to the next level. Some people resort to clout chasing because they haven’t done the real work needed to achieve their goals. Instead of speaking about ideas and accomplishments they spend their time talking about people, leaving themselves with untapped potential.

Those who seem to do any and everything for attention and power actually suffer from something called low self-esteem. They maycome off as being cool and put-together but their actions typically prove otherwise. When given the clout they’re looking for they usually fumble or abuse their new status. Remember that you’re worthy. There’s no need to seek out the attention of those who could care less about you or your wellbeing. No matter what anyone else thinks of you, if you recognize your worth you’ve already won.

There is no competition

I think there’s this idea that we’re all in some kind of competition in life; as if we have to constantly try to one-up the next individual. I’ve got news though, there is no competition. Everyone is on their individual life’s journey. So while friendly competition can be fun, there’s no need to over do it and potentially make enemies while doing it. Clout chasers can go to extreme lengths to make themselves noticeable, sometimes inflicting self-harm or trampling over others in the process. Far better results come when you collaborate instead of compete.

It pays to be kind

You can get a lot further with people than you think by just being kind. Simple genuine gestures can get you in the good graces of influencers who could add to your life and even career. The optimal word however, is ‘genuine’. I’m not suggesting you should only be kind to be people you hope to obtain something from; kindness should be shown to everyone no matter their status or perceived power. The sooner people stop chasing the spotlight, the clearer their path will become.

HOW TO END SELF-PITY

THE KEY IS HEALING